Michael has been an active genealogical res 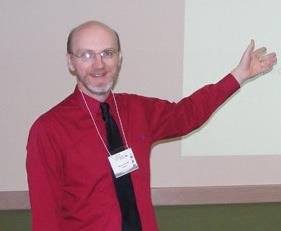 earcher since the early 1980s and has researched his or his children’s families in most states east of the Mississippi River and several European countries. He has lectured nationally on a wide variety of genealogical topics, given day-long seminars, and regularly leads research trips to the Family History Library in Salt Lake City and the Allen County Public Library in Ft. Wayne, Indiana. If you’d like Michael to speak to your group, you can contact him at mjnrootdig@gmail.com.

Michael has a master’s degree in mathematics and has been on the math faculty of Carl Sandburg College in Galesburg, Illinois, since the early 1990s. His research interests include, methodology, land records, the immigrant experience, chain migration, and researching female ancestors. His ancestor list can be viewed here. Michael is a native of Hancock County, Illinois; graduated from the former Carthage High School (where his parents and maternal also were graduated from); and graduated with a bachelor and master’s degree from Western Illinois University in Macomb, Illinois (where his mother was also graduated from).
Michael’s research experiences are varied. His maternal ancestors are all from Ostfriesland, Germany, and on his paternal side he is 1/8 Irish, 1/8 German, with the remaining portion being colonial immigrants who arrived in points from Virginia north, including a few who were on the Mayflower.