The following database has been updated/added to the Canadian section of FamilySearch materials since our last update:

The database, “Illinois Public Domain Land Tract Sales,” on the website for the Illinois State Archives indexes over 500,000 land sales of public property, including state and federal land. This database includes sales that are not in the Bureau of Land Management website. 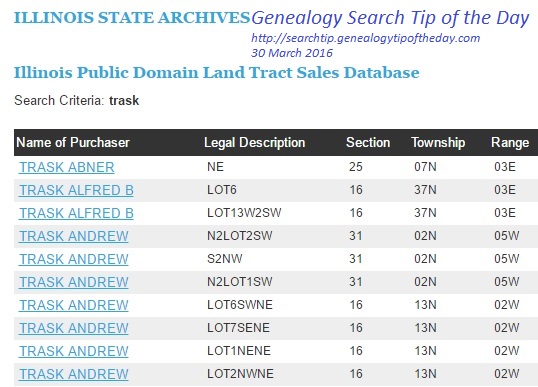 WorldConnect can give researchers clues as to other families that might have been a part of the same migration trail as your ancestor. This approach does have limitations:

That said the database can give you names that could be helpful. When I performed this search for natives of Harford County, Maryland, who died in Coshocton County, Ohio, I saw two relatively unusual last names that also appeared in one branch of the family who left Ohio for Fulton County, Illinois. 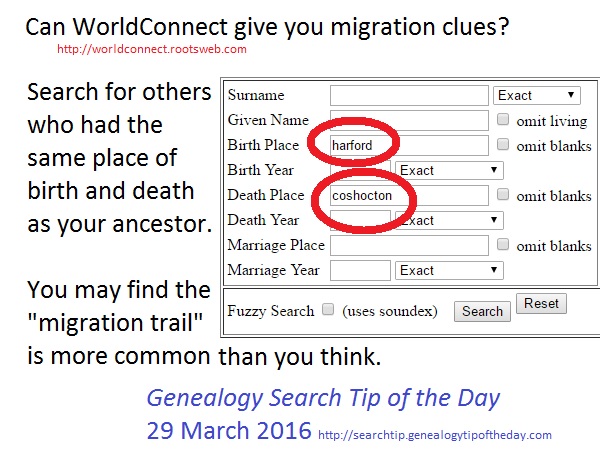 Clues from WorldConnect should be used as clues.

They should not be used as fact.

We’ve added a new section of this course in April. Don’t wait as registration is limited. If you enrolled in a previous section and had difficulties, email me to be added to this course at no extra charge.

Missouri’s online death certificates from the Missouri Secretary of State’s office now include from 1910 through 1965. 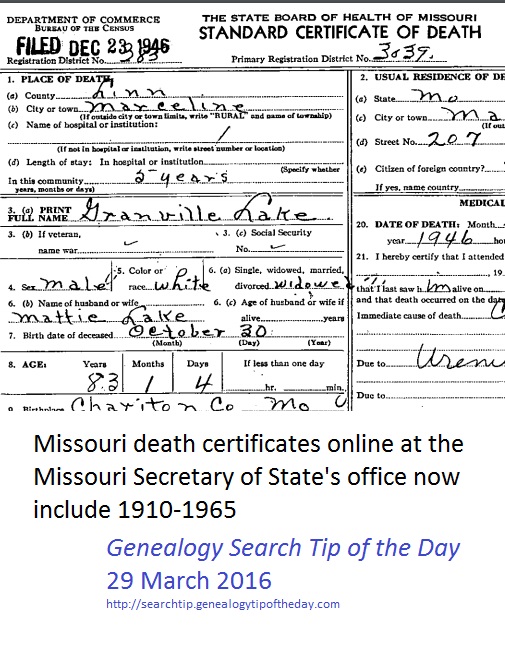 FamilySearch has added this new database:

From the description: “…approximately 27,600 index cards kept by the Kautz Family YMCA Library at the University of Minnesota. Cards include the names of individuals who served with the YMCA in WWI.”  These cards are not just Minnesota residents. 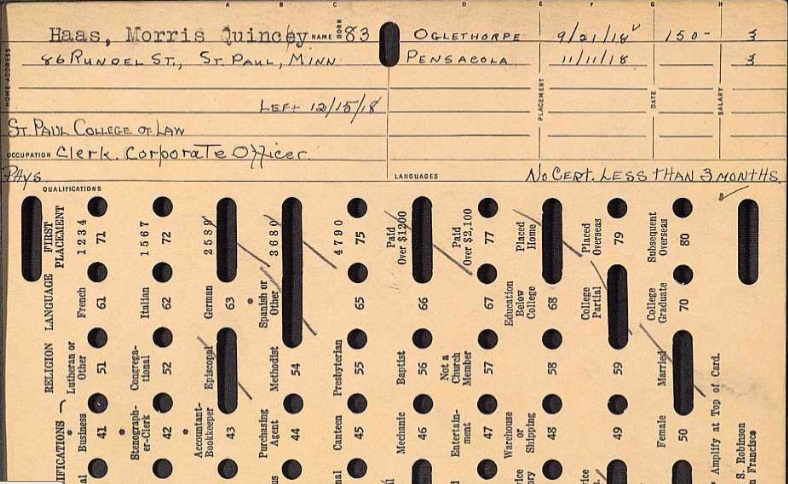 We mentioned this on Rootdig, but will post here for those who might not be aware of it.

A recently released Ancestry.com database,”North America, Family Histories, 1500-2000,” appears to contain digital images of most Daughters of the American Revolutionary War lineage books up through volume 152.

The lineage books may also be on Archive.org just not in one database.

The DAR website also has a lineage database that can be searched.

The following databases are showing as updated on FamilySearch:

United States Civil War and Later Pension Index, 1861-1917 (images are not on FamilySearch).

The University of Nebraska-Lincoln hosts 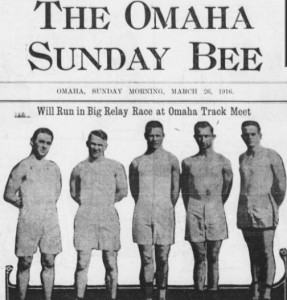 digital images of many Nebraska newspapers.

In some ways it’s better than the interface at the Library of Congress site.

The Tennessee Secretary of State’s Office has links to digital images of various city directories for the city of Nashville between 1853 and 1924.