We have scheduled another series of webinars on the probate materials at Ancestry.com and have rescheduled the “Preserving Past You” webinar for 3 October. More details can be seen on our blog post.

FamilySearch is showing the following United States databases as new:

The following FamilySearch databases for the United Kingdom and Ireland have been recently updated:

The Illinois State Archives has an informational PDF document on what state census records are extant for Illinois. Not all of these are available online.  Ancestry.com does have some of these in their subscription collection.

This page on the University of Kansas website contains links to digital images of Sanborn Fire Insurance maps for the state of Kansas. 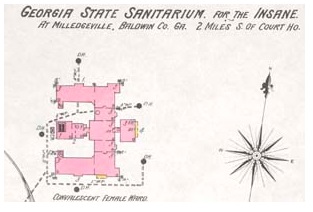 When querying databases for individuals who hailed from regions were patronyms were used, make certain you query for the father’s actual last name and the last name his child would have had. In some cases when immigrants entered a country where patronyms were not used, they would “take” their father’s last name as their last name instead of the patronymic name they had used earlier.

FamilySearch recently updated their “GenealogyBank Obituaries, 1980-2014.” Their search box suggests entering in the name of a deceased ancestor, but living relatives will work as well–as evidenced by the search I conducted for myself (with my grandfather’s name as “other relative.” 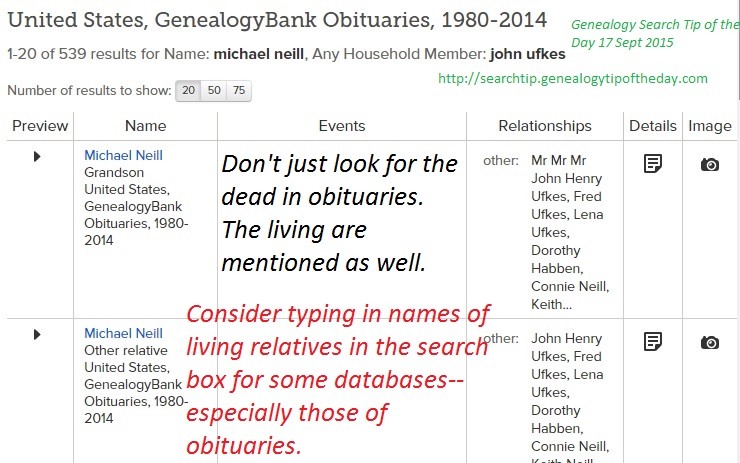 The database at FamilySearch can be searched here.

You will need to be a subscriber to GenealogyBank to view the complete entry.

On any database query screen, experiment with leaving out whatever items are not required, make certain you know the minimal amount of information necessary to make the search work, and make certain you understand how the site implements wild cards.